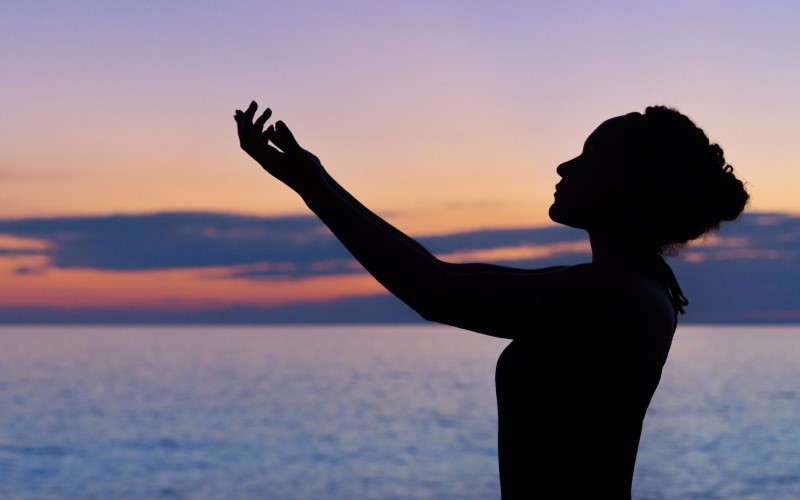 The lazy Manila rush-hour traffic stretched before me from Quezon Avenue station. I got off a couple of hundred meters from the bus stop in front of a newly-renovated fast food joint. I looked up, and as much as the sun wants to shine today, it’s obscured by low-hanging clouds that seem to suggest rain. I reached for the umbrella sticking out of my drawstring bag and hoped I don’t have to use it today.

I walked on the pavement with a steady rhythm. I noticed little things about passers-by—a mole, a stray dandruff flake, badly-dyed hair. What surprised me was that I wasn’t panicking in the middle of this busy crowd. Strange, I thought.

A couple of days before, Ms. Eli Abela invited me over to her facility for a free therapy session. Young as I am, I have already been to therapy sessions under therapists, doctors, and healers. I always come to their office enthusiastic and leave with a smile, a nod, and more questions inside my head. They always offered something of value to me—recovery, silence, connection. But Ms. Eli promised nothing of the sort, so I took it upon myself to research on what we were going to do that afternoon.

From what I’ve read, EFT tapping works like acupuncture. Both believe that interconnected points and channels of energy run throughout the body. The main differences between the two are how they’re performed and what they aim to achieve. Tapping uses fingers instead of needles to stimulate the points of energy around the body. This process encourages the individual to heal and dispel their negative memories. These negative memories hinder them from moving forward with their life.

Sure, this procedure intrigued me. How can tapping certain areas of the body help me get over childhood trauma? How can it help me forget about bad memories with my parents? I gave it the benefit of the doubt. While I do admit that I was skeptical at all the testimonials online, I was still curious about how it worked.

My curiosity brought me to an office complex along Pioneer Avenue. I got lost in the maze of office buildings and halls filled with signage and art. After about 20 minutes of searching, I found myself embracing Ms. Eli on a landing.

She led me into one of the rooms and that’s when I first saw her cozy office where she sees her clients old and young alike. The first thing she did was offer me water. I didn’t realize that I looked so tired and worn out. I was embarrassed, but she didn’t judge me based on my looks or my state. I felt safe.

A few minutes in and I’m telling her of an uncle, an old memory, how the room felt so happy and warm. I didn’t know that she was already thinking of a way to ease me into the session. I wasn’t aware that we were already in the preliminary phase of the session, which had me measure and describe my discomfort.

The words flowed out of me. I thought that having told these stories a million times over to my significant other would desensitize me from feeling the pain. I was surprised at having felt actual sensations throughout my body while I was telling Ms. Eli my story. I knew the memories and the feelings hurt in the chest, but I didn’t notice it hurt elsewhere before. She had me rate the pain and discomfort on a scale of 1-10, with 10 being the most painful. That’s when she told me to start tapping.

Now, I don’t know if it was the steady rhythm, or Ms. Eli’s soothing voice, or the AC in the room, but as I started tapping, something cjamged. My attention drifted to the taps and the words. I focused on the words and the taps and suddenly, they had no meaning and no impact on me. As soon as the thought became word, and the word became touch, it drifted into space. Looking back at it, I think St. Thomas Aquinas had something to say about the word that became flesh, but I forget.
___
I remember that one time I tried visiting convents to see if my vocation was that for the holy orders. After praying at one of the convents, the nun who was guiding our formation asked me if I’d still like to be a nun. I was shocked at what I said:
“Whatever path I choose, I will strive to be a good person and live an honest life.”
It was uncharacteristic of me, because a few minutes before, I was desperate to get accepted into their convent. After that incident, I tried to live up to what I said to the nun. I hope I’m still keeping that promise.

The surprise I felt at Ms. Eli’s office somehow felt like my shock at the convent. It was uncharacteristic of me to feel nothing about the memories I shared with her. It felt like dark curtains had been drawn back so I could see through the windows.

We had a bit of a lighthearted chatter after the session. She just laughed when I told her how shocked I was that I feel calmer than when I first arrived at her office. I know, in theory, what happened to me. I didn’t realize how drastic the change would feel.

After putting the paper and pen away, Ms. Eli asked her assistant, Ms. Joy, to hook me up on the NeurOptimal Neurofeedback device. She told me I should give it a go, so I did. They put sensors around my head, which were connected to a computer or an iPad. While I was hooked on the device, they made me watch a few videos.

The device trains your brain to reach and continue functioning at its optimal state. While I waswatching the videos, I’d hear a clicking sound whenever my mind “wandered”. They determined this by recording and analyzing my brain activity. Ms. Eli and Ms. Joy left the room so I can undergo the procedure in peace. My mind tried to find a pattern to stop the clicks from happening, but in the end, I fell asleep in my chair. It was a deep and satisfying sleep.

When I woke up, Ms. Eli chuckled. She said it was usual for her clients to fall asleep while using NeurOptimal. I was a bit embarrassed about it, but she understood that I was tired. I smiled and thanked her. She hugged me and we got ready to leave. I left her office feeling as if I had come out of a long, meditative state.

Back on the bus to Quezon City, I tried thinking about the whole experience. It was comforting in a way that I didn’t expect. Ms. Eli didn’t tell me how to feel. She asked me to tap. To be honest, it all felt like I was giving myself a pat on the back after a long day.
“You are enough.”
“You’ll be alright.”
“You are worthy.”
And for once, I believed in myself.

I got off at Centris, and bought myself a hot meal and some soup. I know I deserved it.